Designed to deter a potential Russian invasion, the tank could reportedly be covered with radio wave-absorbent materials.

While the Polish military likely feared an invasion from Russia, the PL-01 concept tank resembled an armored vehicle from science fiction video games. Unlike modern main battle tanks (MBT), this light tank featured a modular ceramic-aramid shell and was reported to be able to provide protection across all portions of the hull and turret from standard 30- or 40mm armored piercing rounds, but it was also among the first tanks to feature stealth technology.

The PL-01, which was first unveiled at the International Defence Industry Exhibition back in September 2013, was developed by OBRUM with support from BAE systems and was heavily based on the Swedish CV90120-T light tank. The profile of the tank was not all that dissimilar to standard MBTs employed today such as the American M-1 Abrams or German Leopard 2. 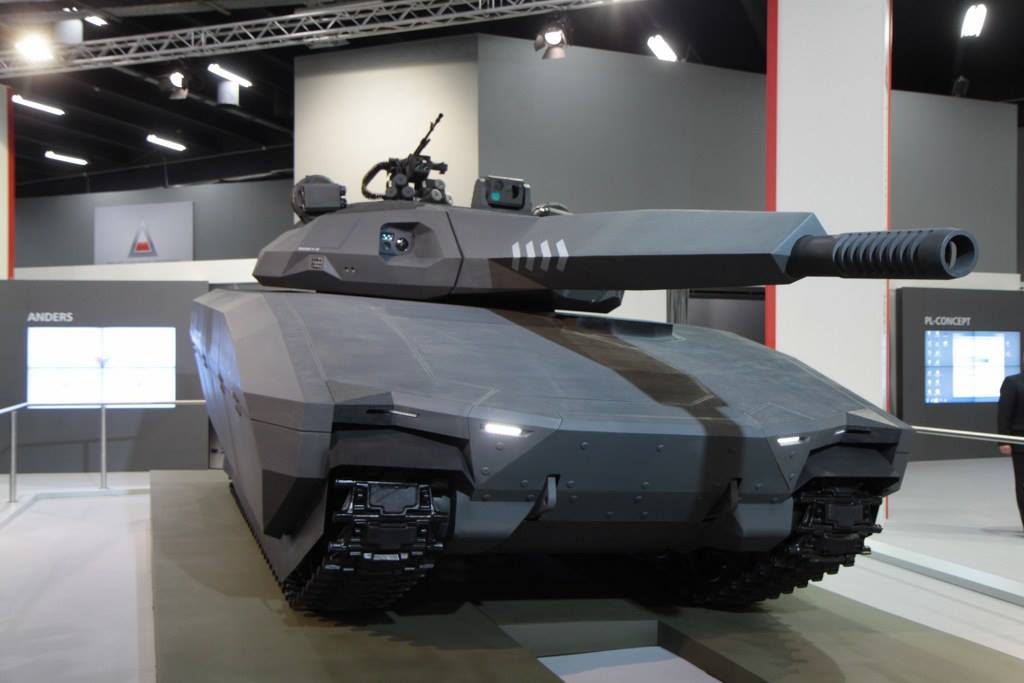 However, it shared similarities with the Russian T-14 Armata tank including the fact that the three-man crew, which included the commander, driver and gunner, sat in the main hull, while the unmanned turret was controlled remotely. It was also similar to the Israel Merkava in that it featured a rear entry hatch – while the rear compartment in the hull could be used to transport four additional soldiers. 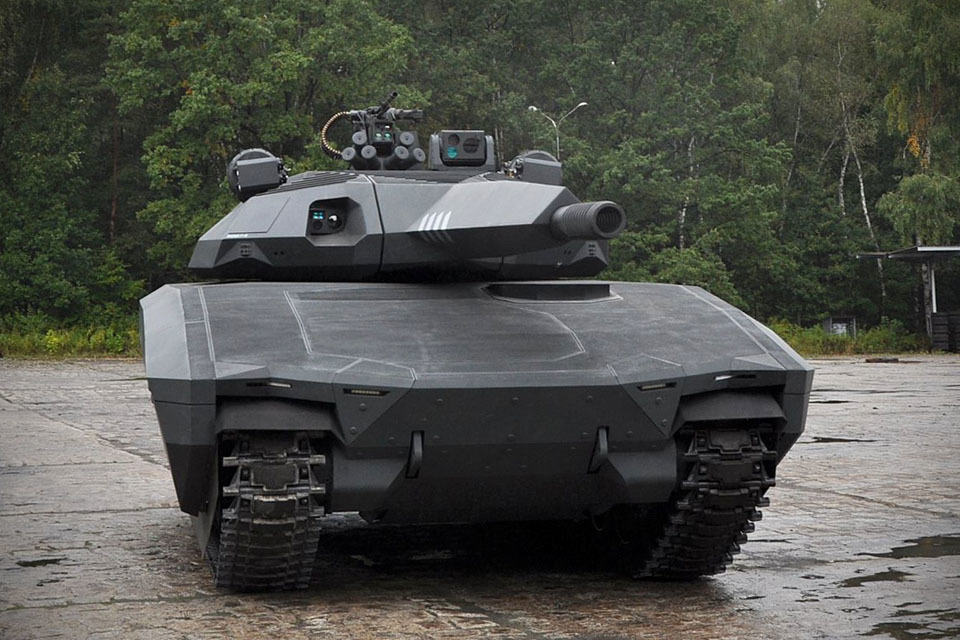 As noted, the entire tank was covered with multiple layers of a modular ceramic-aramid shell, which could be replaced in the field if sections took damage. In addition to stopping armor-piercing rounds from enemy fire, the shell would protect the crew from landmines and improvised explosive devices (IEDs), and the PL-01 was designed to withstand explosions equivalent to 10kg of TNT anywhere near the hull.

Much like the T-14, ammunition would be stored in a separate compartment, while the Polish design also featured blow-out panels if the rounds did take a hit. Around 40 rounds could be carried inside the tank. 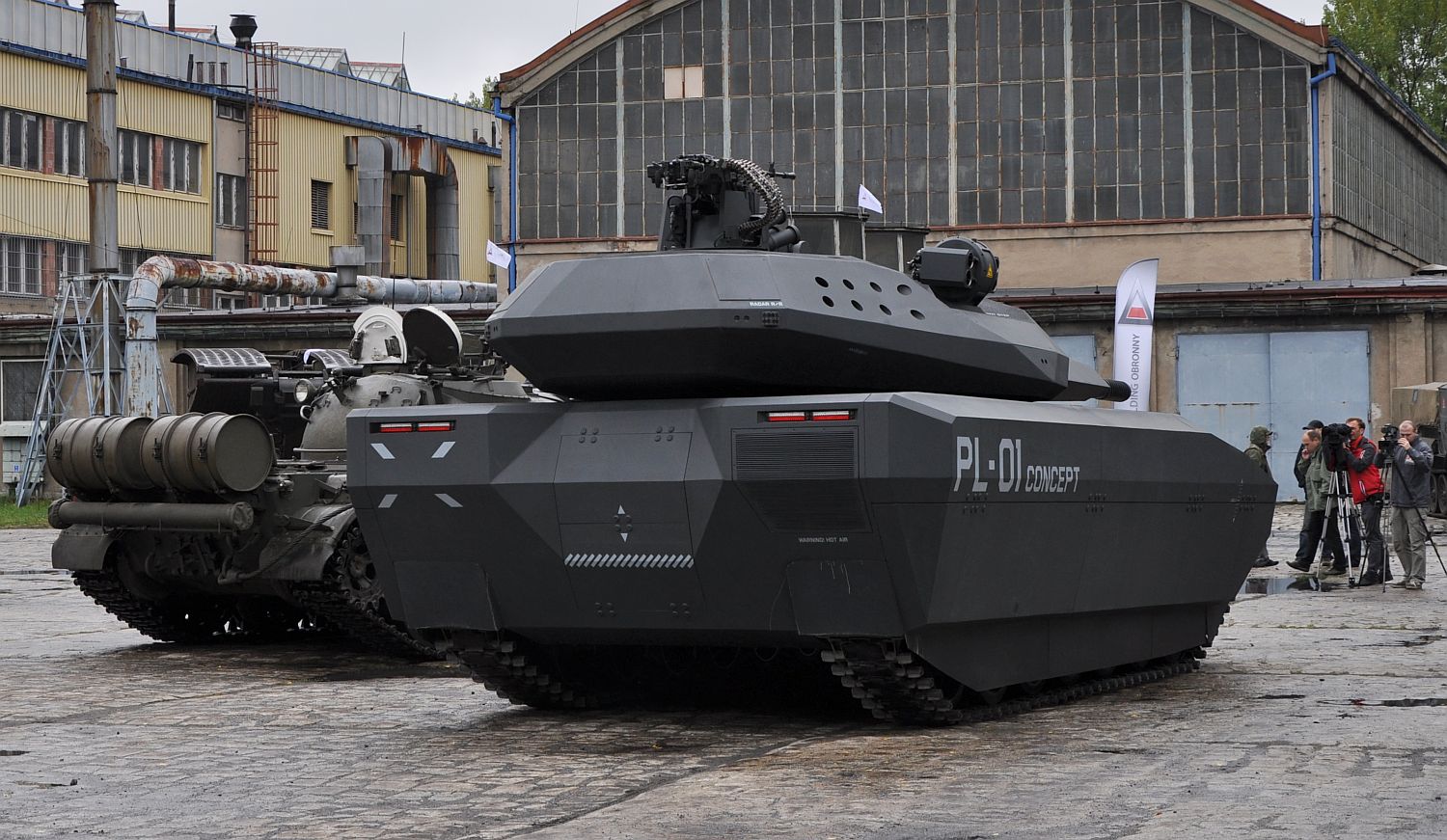 The PL-01 was developed with a 120mm cannon, which featured an autoloader, as its main armament, and the gun was capable of firing all standard NATO 120mm tank ammunition as well as launching anti-tank guided missiles. Secondary armament was to include a coaxial 7.62mm machine gun, but the weapon stations on the tank could also be fitted with a 12.7mm heavy machine gun or even a 40mm automatic grenade launcher. 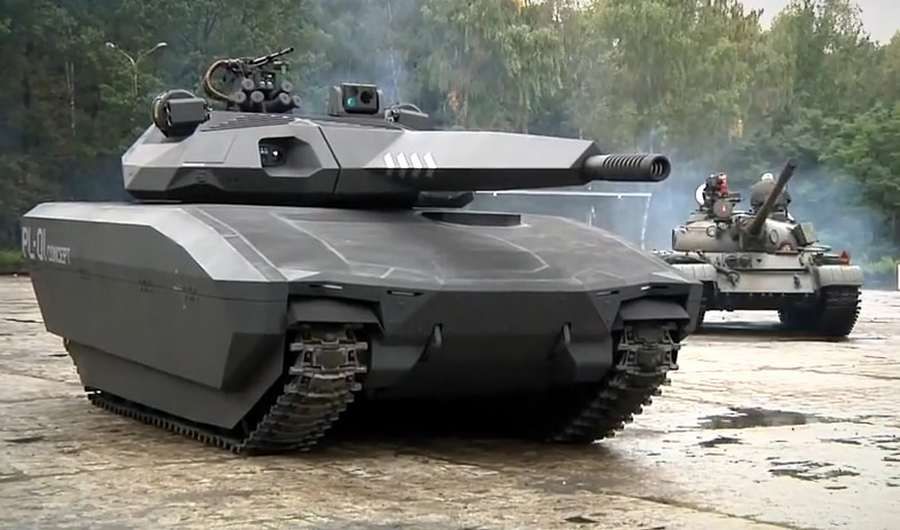 The Polish-designed tank also utilized a form of stealth technology – and while it wouldn’t actually make the tank invisible on the battlefield, it had a thermal camouflage system to make it much harder to detect with standard thermal sensors. Reportedly the entire tank could also be covered with radio wave absorbent materials.

This could have been similar to the British Challenger 2 tank, which also featured a hull and turret that utilized a lower radar cross section.

The PL-01 was hyped up quite a bit from 2013 to 2015, but it little has been said or reported on it since then. Perhaps the stealth technology was so good it just disappeared completely.